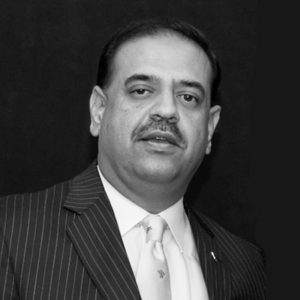 Mr. Lutfi Hassan is a resident of Houston, Texas for the past 40 years and currently serves on the advisory board for several multinational companies in the U.S. and Asia.

Mr. Hassan is the founder of the Apex Group of Companies and brings with him a wealth of knowledge in international relations through his experience in consulting in both in the United States and abroad.

Mr. Hassan has served as an advisor on Presidential, Gubernatorial, Senatorial, Congressional, Mayoral and Judicial campaigns in the United States over the past twenty years and has served as a national finance co-chair for the Obama for America campaign in both 2008 and 2012. Over the years, Mr. Hassan has also served on the National Advisory Board (NAB) as a member of Democratic National Committee.

On Jan 9th, 2003, a US flag was flown over the U.S. Capitol in Washington D.C. by the order of House Of Representatives (United States Congress) to honor Lutfi Hassan for his decades of his community service. It was later presented to him in a ceremony with the certificate of archives.

Most recently, Mr. Hassan served on the board of advisory for South Asians for Biden, which mobilized a nationwide get out the vote (GOTV) effort among the greater South Asian community.

Additionally, in 2018, he was appointed to serve as a senior advisor to the Chairman, Dr. Guru Reddy, on the US & Malaysian Sovereign Fund owned by the Continental Hospital Group located in Hyderabad, India.

In 2019, Mr. Hassan was appointed to and is currently serving on the Board of Advisory for the Global Eternal Gandhi Museum, a non-profit organization seeking to create, through the life and work of Gandhi, a thriving, vibrant educational organization aimed at changing the world through its visitors while creating a sustainable and successful new resource for the Greater Houston area.

Among his historic and noteworthy appointments served with dignity and honor are:

Over the last three decades, Mr. Hassan has played an integral role in assisting the South Asian community in accomplishing significant milestones on both local and national levels and continues to serve as a leader of his community.