Speaking to a gathering of top business leaders from the country’s largest corporations, President Barack Obama sketched out what he said are potential areas of bipartisan cooperation going into his final two years in office. Appearing at the quarterly meeting of the CEO Roundtable, the President identified tax policy, trade, infrastructure and immigration as potential areas for legislative progress with Republican lawmakers. President Obama told CEO’s, including Hassan, that he wants to see discussions on tax reform start “early” because he said it could take six to nine months to get a deal.

Hassan, who has attended these sessions with the President in the past, said it was an honor to be invited back and that he had an opportunity to discuss and follow up on issues regarding foreign trade as it relates to the Middle East Northern Africa (MENA) region. He also said he felt the President has done an excellent hob of listening to business leaders on how legislative issues can impact commerce both domestically and abroad. 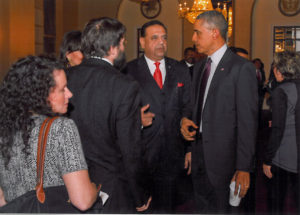 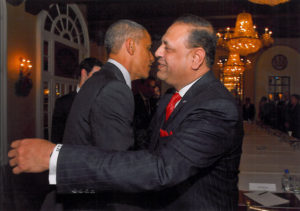 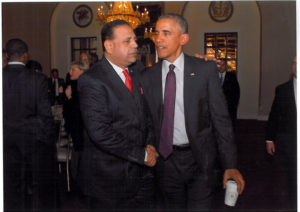